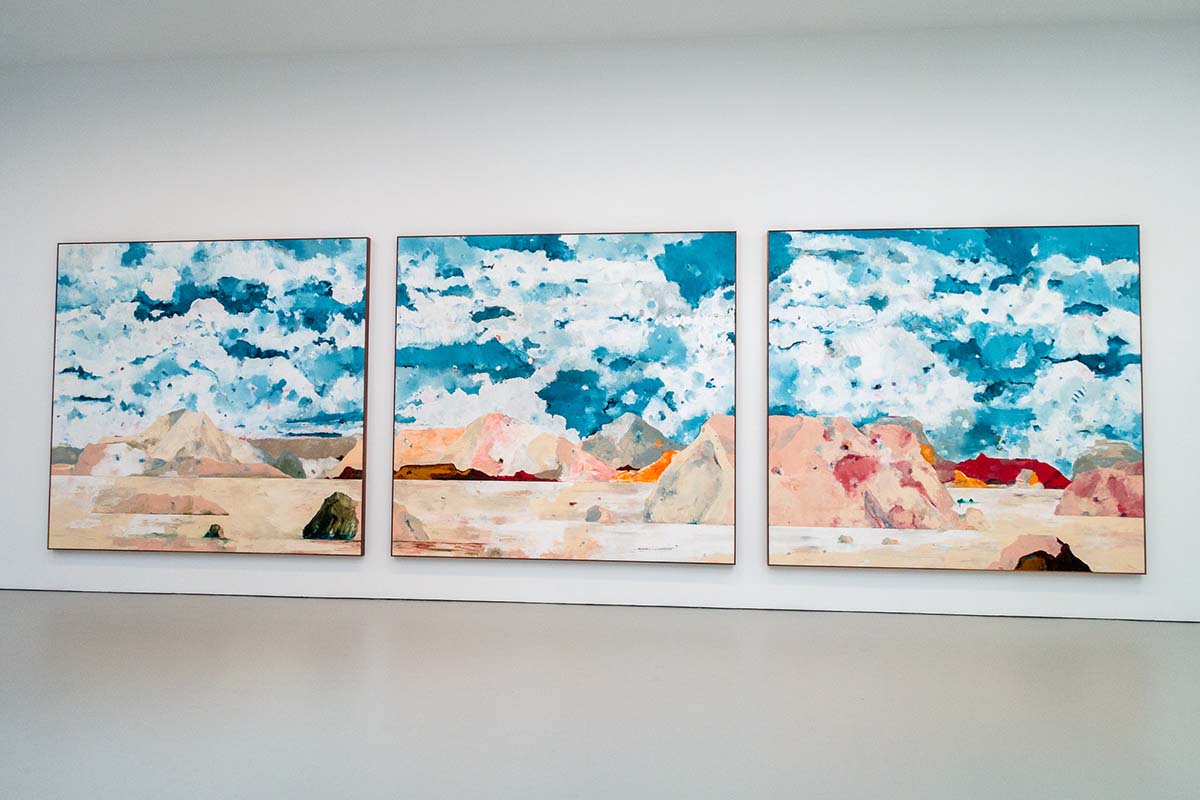 “The tree, as a prototype of urban charm”

What to make of Harold Ancart’s mushroom-cloud trees? They might contain a message of environmental disaster; more likely their cartoon violence is indebted to the comic books that Ancart has cited as an early inspiration. These trees stand alone but are alike, appear singled out and picked apart from the surrounding landscape, contradicting the possibility of an ecosystem. Confronted by these bright, vibrating graphic canvases, I thought of Warhol: his notion of the “unpresentable presentation” of serial objects whose iconic and superficial qualities are elevated through tight framing, head-on perspective, and monumental scale. Ancart’s thickly tangible oil-and-graphite pictures, though, do not share pop art’s “factory-smooth flatness.”

How is a tree like a soup can or a pop star? The landscape architect Gilles Clément supplies one answer to that question, perhaps, in his essay “Is the Tree a Capitalist?”

“Instead of a metaphor, should it be seen as a symbol? The tree, as a prototype of urban charm, a complex hygienist, a Haussmannian ornament, a bourgeois amusement. An emblem of “green spaces” accompanying the whitewash of grass at the foot of the HLM (public housing). A degrading model of a social contract whereby nature is distributed like anonymous alms: 1 percent considered obligatory. Was it related to this offense: we are giving you a bit of greenery, so keep quiet?”

“The Planetary Garden” and Other Writings, Penn Studies in Landscape Architecture, 2015

All images mine except where noted / CC BY-NC 3.0

The lyric ligature of memory and material